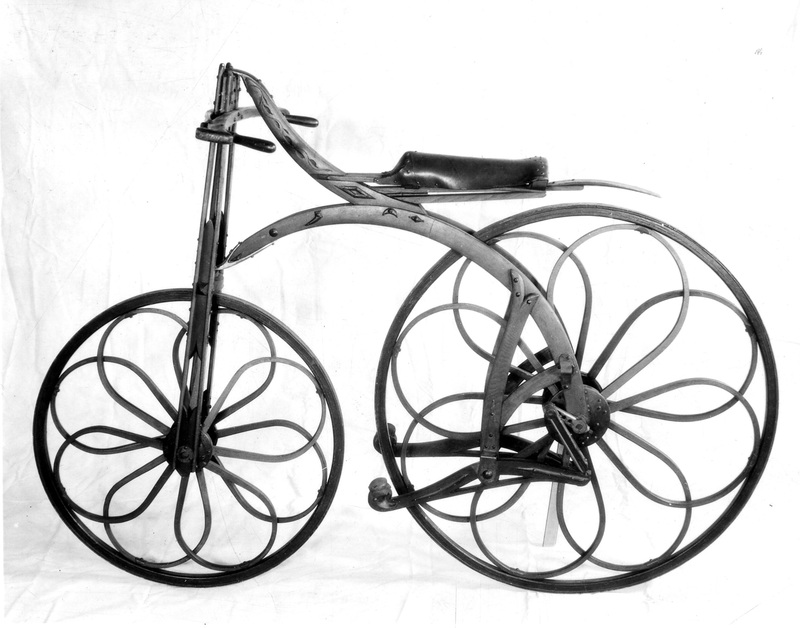 Women’s fight for equal rights was not always overtly political. Nineteenth-century social mores dictated even the most mundane aspects of women’s daily lives, from how they dressed to how they spent their leisure time. Challenging such restrictions could be a powerful first step for women seeking to exert their independence.

Respectable ladies were expected to wear tightly fitted corsets, layers of stiff petticoats or hoops, and heavy, floor-length skirts. The corsets, shaped with stiff whale bones and designed to give women long and tiny waists, were not only uncomfortable and constricting but could actually compress and damage women’s internal organs. By 1849, health magazines were suggesting that women adopt the “Turkish” dress, consisting of long trousers gathered at the ankle worn under a mid-calf-length skirt. After Amelia Bloomer, of Seneca Falls, NY, announced in her newspaper, The Lily, that she had adopted the style, the costume became known as the “Bloomer."

Susan B. Anthony and Elizabeth Cady Stanton both wore Bloomers for a while but ultimately gave them up because they found the attire distracted audiences from their women’s rights message. 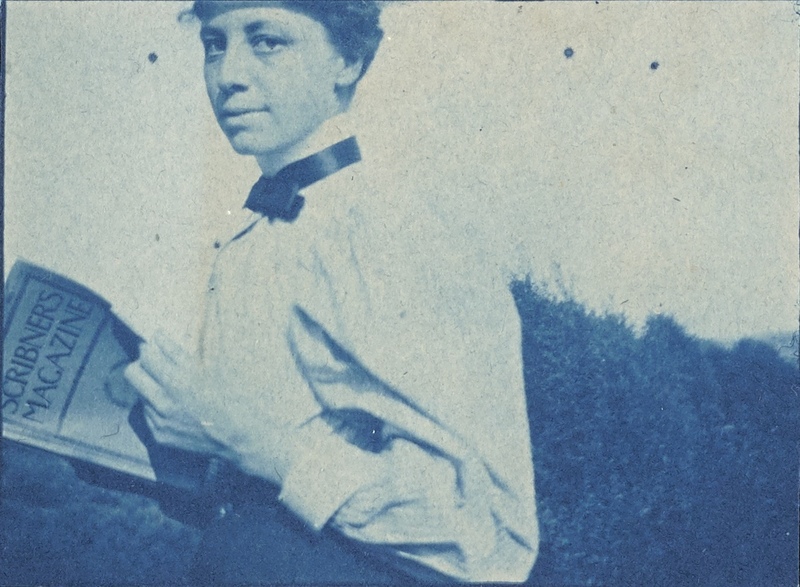 To read May Bragdon's Diaries please click the link below:

The bicycle craze of the 1890s provided another opportunity for women to exert independence, as well as to improve their health. For Rochesterian May Bragdon, “flying freely down a hill” on the bicycle she named Diana provided a sense of exhilaration and freedom. Many female bicyclists adopted Bloomer-style athletic wear. While humor magazines satirized them as “mannishly dressed menaces,” bicycle advertisements offered visual reassurance that women could ride with both grace and modesty.

May Bragdon served as executive secretary to Rochester architect and inventor of the mail chute J.G. Cutler and later as office manager for her brother Claude’s architectural firm. Her diaries provide a glimpse into the life of a typical educated, unmarried, young working women in the late 19th and early 20th centuries. 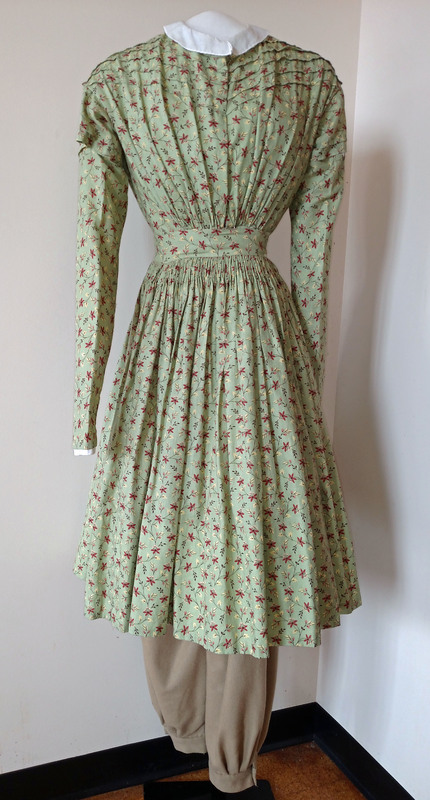 This is a reproduction of an 1850s-era garment in which the bodice and skirt were simply a cut-down version of a full-length gown.  Printed cotton was a fashionable choice for leisure wear, and wool trousers were practical for warmth when a lady was taking exercise.