In the 19th century, Euro-American suffragists looked to Haudenosaunee (Iroquois) women as a model for their ideas about gender equality. Inspired by the balance of responsibilities between women and men in Haudenosaunee society, Western New York suffragists found a blueprint for women’s rights and independence among their Native American neighbors.

Haudenosaunee people trace their nation and family identities through the maternal line. The single upright eagle feather on Freeman Johnson’s gustoweh identified him as Seneca. This type of headgear became a part of Haudenosaunee men’s national dress in the 19th century, and each of the six nations developed a unique arrangement of feathers. 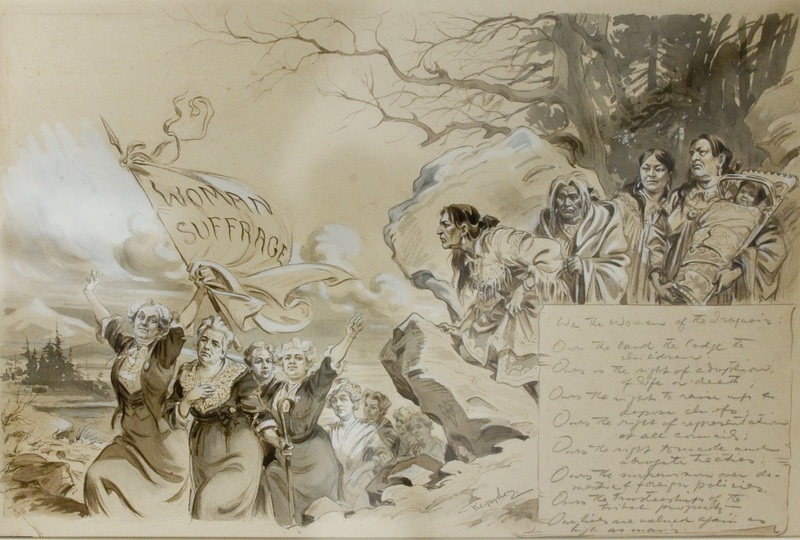 We the Women of the Iroquois drawing

In this satirical illustration, cartoonist Joseph Keppler points out the complex relationship between Haudenosaunee women and Euro-American suffragists. While suffragists fought for some of the rights enjoyed by Haudenosaunee women for centuries, many also held Eurocentric views of Native American women as uncivilized “drudges.” 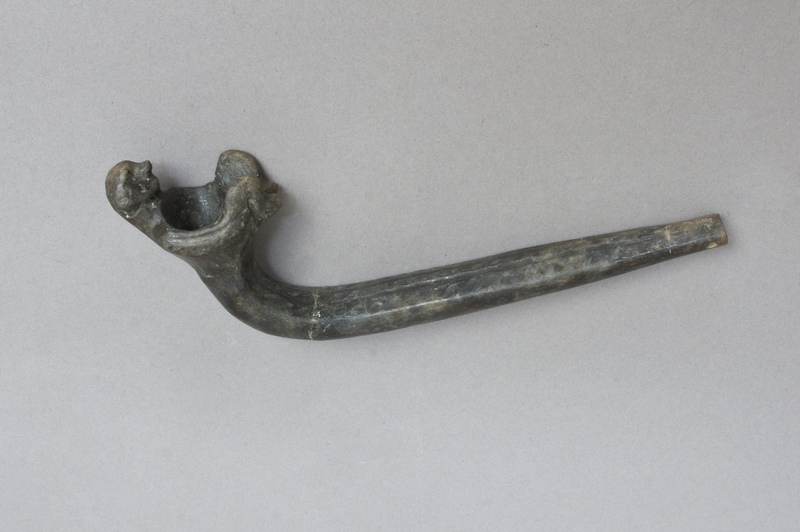 The Haudenosaunee Creation Story describes a pregnant woman who fell from the Sky World and set in motion the endless cycle of new life on earth. The depiction of a woman giving birth on this pipe may represent Sky Woman, Jigonsaseh, or even Mother Earth herself—all important models for Haudenosaunee women’s responsibilities as stewards of the land and the household. 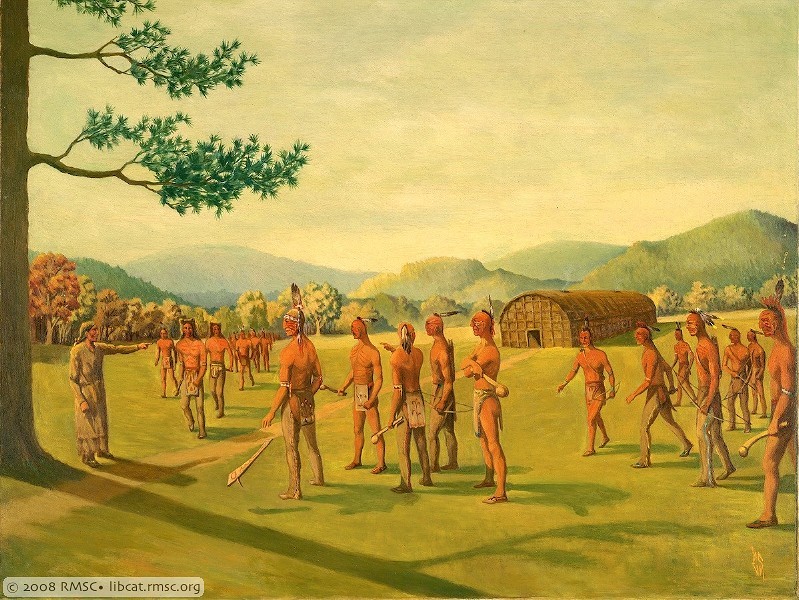 Two tribes of Indians approach a pine tree beneath which stands an Indian woman pointing to a long house. In this painting, Jigönsahse´ (The Peace Queen) stands beneath a tall pine tree, a Hodinöhsöni´ symbol of peace. She directs the war parties (the Erie Nation on the left and the Mohawks on the right) to put down their weapons and enter her house where they will find food and warmth. Jigönsahse´, also called the Mother of Nations by the Hodinöhsöni´, was a member of the Neutral Nation who once lived near Niagara Falls. According to tradition, she was the person who advised the Peacemaker in his quest to form the Great Law. 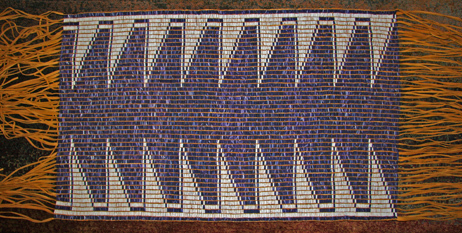 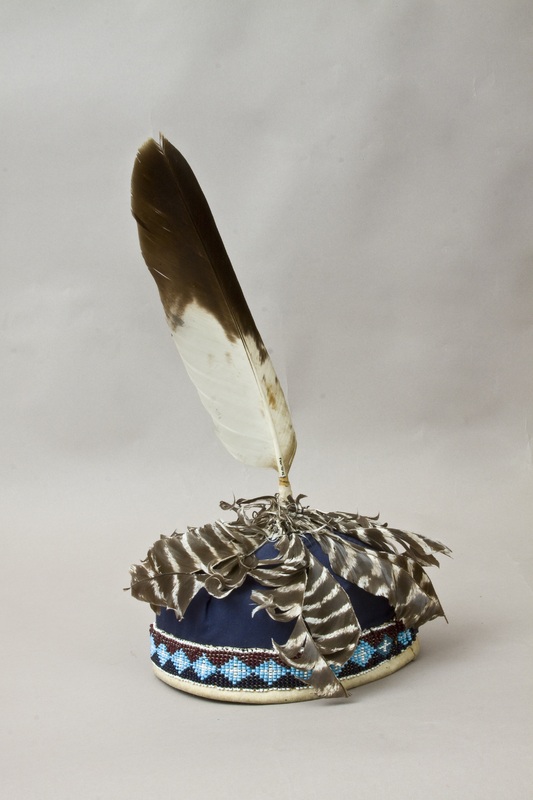 Freeman Johnson's gustoweh. A gustoweh is a traditional Haudenosaunee fitted hat with feathers affixed to the top. It is worn by males and identifies the nation the man belongs to, depending on the placement of the feathers.