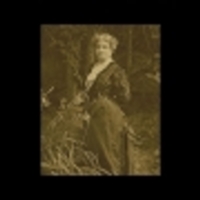 "Is it not clear that American history makes woman suffrage inevitable? That full suffrage in twelve States makes its coming in all forty-eight States inevitable? That the spread of democracy over the world, including votes for the women of many countries, in each case based upon the principles our Republic gave to the world, compels action by our nation? Is it not clear that the world expects such action and fails to understand its delay?

In the face of these facts we ask you, Senators and members of the House of Representatives of the United States, is not the immediate enfranchisement of women of our nation the duty of the hour?

Why hesitate? Not an inch of solid ground is left for the feet of the opponent. The world's war has killed, buried and pronounced the obsequies upon the hard-worked "war argument." Mr. Asquith, erstwhile champion anti-suffragist of the world, has said so and the British Parliament has confirmed it by its enfranchisement of British women. The million and fifteen thousand women of New York who signed a declaration that they wanted the vote, plus the heavy vote of women in every State and country where women have the franchise, have finally and completely disposed of the familiar "they don't want it" argument. Thousands of women annually emerging from the schools and colleges have closed the debate upon the one-time serious "they don't know enough" argument. The statistics of police courts and prisons have laid the ghost of the "too bad to vote" argument. The woman who demanded the book and verse in the bible which gave men the vote, declaring that the next verse gave it to women, brought the "Bible argument" to a sudden end. The testimony of thousands of reputable citizens of our own suffrage States and of all other suffrage lands that woman suffrage has brought no harm and much positive good, and the absence of reputable citizens who deny these facts, has closed the "women only double the vote" argument. The increasing number of women wage-earners, many supporting families and some supporting husbands, has thrown out the "women are represented" argument. One by one these pet misgivings have been delegated to the scrap heap of all rejected, cast-off prejudices.

Not an argument is left. The case against woman suffrage, carefully prepared by the combined wit, skill and wisdom of opponents, including some men of ill repute, during sixty years, has been closed. The jury of the New York electorate heard it all weighed the evidence and pronounced it "incompetent, irrelevant and immaterial." Historians tell us that the battle of Gettysburg brought our Civil War to an end, although the fighting lasted a year longer, because the people who directed it did not see that the end had come. Had their sight been clearer, a year's casualties of human life, desolated homes, high taxes and bitterness of spirit might have been avoided. The battle of New York is the Gettysburg of woman suffrage movement. There are those too blind to see that the end has come, and others, unrelenting and unreasoning, who stubbornly deny that the end has come although they know it. These can compel the women of the nation to keep a standing suffrage army to finance and fight on until these blind and stubborn ones are gathered to their fathers and men with clear vision come to take their places but the casualty will be sex antagonism, party antagonism, bitterness, resentment, contempt, hate and the things which grow out of a rankling grievance and democratically denied process. These things are not mentioned in the spirit of threat, but merely to voice well known principles of historical psychology.

The time for woman suffrage has come. The woman's hour has struck. If parties prefer to postpone action longer and thus do battle with this idea, they challenge the inevitable. The idea will not perish; the party which opposes it may. Every delay, every trick, every political dishonesty from now on will antagonize the women of the land more and more, and when the party or parties which have so delayed woman suffrage finally let it come, their sincerity will be doubted and their appeal to the new voters will be met with suspicion. This is the psychology of the situation. Can you afford the risk? Think it over."

1917, Because of Women like Her, Carrie Chapman Cat, New York, Rochester, RocSuffrage, Suffrage