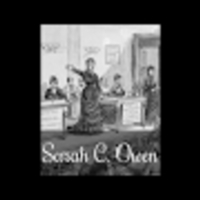 “The embarrassment under which we labor…”Address of Sarah C. Owen.

Excerpt from Proceedings of the Woman’s Rights Convention, Held at the Unitarian Church, Rochester, N.Y., August 2, 1848

"The embarrassment under which we labor in presenting our views of the subject upon which we are convened, cannot be estimated; naught but a sense of duty could have nerved us to this work. Bonaparte, when remonstrated with by one of his ablest Generals, against some of his daring attempts, replied, “The word impossible is not in the French language,” and we now claim the right of erasing it from our vocabulary, so far as it precludes our efforts in the cause of Equal Rights.
It is a generally received truth, that the proper study of mankind is man; virtually denying that woman is included in the intelligent part of creation; that she is endowed with mental powers that could be properly extended beyond the narrow bounds of the domestic circle. We have possessed our souls in all possible patience, waiting for some day-star of hope and promise to beam upon our pathway, assuring us that he who had robbed us would restore without this individual effort; but patience has expired, and hope fled; therefore we now raise the banner of Equal Rights, with the assurance that patience and perseverance is the secret of success in all crusades against oppression and wrong.
We hear the cry, “Who hath, or wherein have we robbed thee?” I assert that woman is robbed of all those inalienable rights which man enjoys, those which our Creator never thus unequally assigned to his children. And it needs no particular demonstration to prove that the disparity of intellect depends in no way on physical strength and stature; this idea has its origin in the bias of a wrong education, saying nothing of selfishness…
We ask our friends if any logical reason can be assigned why woman should not be as well educated as man? The same facilities afforded her for the development of her intellectual powers would gather in a vast waste of intelligence, which has been lost to the world for want of encouragement…
In the fields of benevolence, woman has done great and noble works for the safety and stability of the nation. Now, when man shall see the wisdom of recognizing a coworker in her, then may be looked for the dawning of a perfect day, when woman shall stand where God designed she should—on an even platform with man himself."