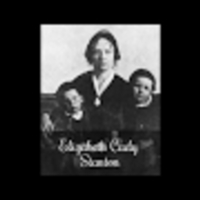 "A little more than one year ago, in this same hall, we formed the first Woman's State Temperance Society. We believed that the time had come for woman to speak on this question, and to insist on her right to be heard in the councils of Church and State.

Our experience thus far as a Society has been most encouraging. We number over two thousand members. We have four agents who have traveled in various parts of the State, and I need not say what is well known to all present, that their labors thus far have given entire satisfaction to the Society and the public. I was surprised and rejoiced to find that women, without the least preparation or experience, who had never raised their voices in public one year ago, should with so much self-reliance, dignity, and force, enter at once such a field of labor, and so ably perform the work.

It has been objected to our Society that we do not confine ourselves to the subject of temperance, but talk too much about woman's rights, divorce, and the Church. It could be easily shown how the consideration of this great question carries us legitimately into the discussion of these various subjects. One class of minds would deal with effects alone. Another would inquire into causes. The work of the former is easily perceived and quickly done; that of the latter requires deep thought, great patience, much time, and a wise self-denial.

We have been obliged to preach woman's rights, because many, instead of listening to what we had to say on temperance, have questioned the right of a woman to speak on any subject. In courts of justice and legislative assemblies, if the right of the speaker to be there is questioned, all business waits until that point is settled. Now, it is not settled in the mass of minds that woman has any rights on this footstool, and much less a right to stand on an even pedestal with man, look him in the face as an equal, and rebuke the sins of her day and generation. Let it be
clearly understood, then, that we are a woman's rights Society; that we believe it is woman's duty to speak whenever she feels the impression to do so; that it is her right to be present in all the councils of Church and State. The fact that our agents are women, settles the question of our character on this point."