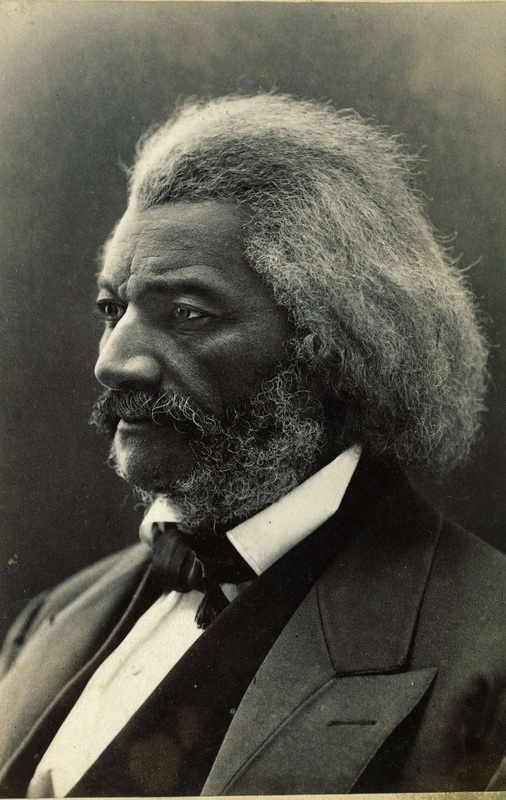 “I champion the right of the negro to vote. It is with us a matter of life and death, and therefore can not be postponed. I have always championed women’s right to vote; but it will be seen that the present claim for the negro is one of the most urgent necessity.” Frederick Douglass, May 14, 1868 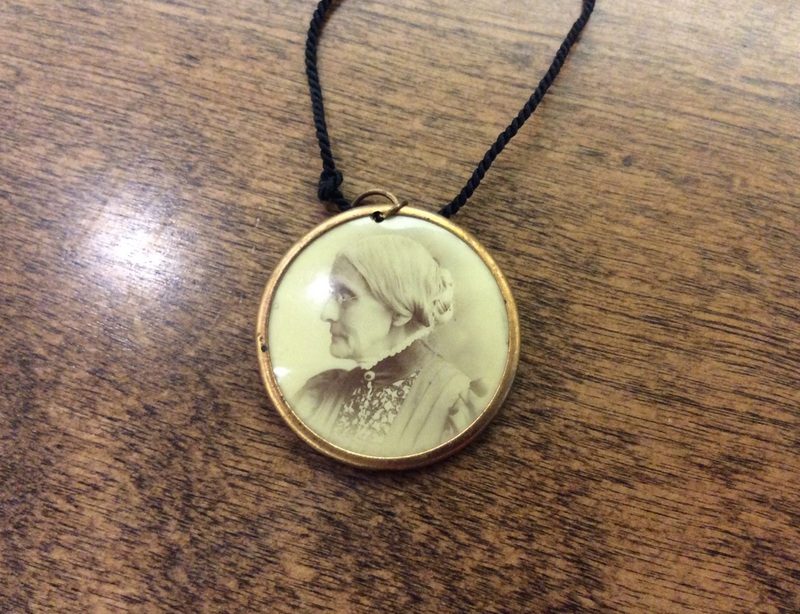 Susan B. Anthony presented this pendant to a young suffragist at a women’s convention in Oswego in 1897. It bears Anthony’s motto: “Perfect equality of rights for women.” Rochester Institute of Technology Archive Collections, Eisenhower College.

Early woman suffrage advocates worked alongside abolitionists within the American Equal Rights Association to secure universal suffrage for all citizens. The movement split after the Civil War, when Susan B. Anthony and Elizabeth Cady Stanton opposed the 15th Amendment to the U.S. Constitution because it extended voting rights to black men but not women. Proponents argued that black men’s needs were greater than women’s, calling it the “Negro’s Hour.”

“We say not another man, black or white, until woman is inside the citadel. ... [Famed abolitionist] Wendell Phillips pleads for black men; we for black women, who have known a degradation and sorrow of slavery such as man has never experienced." -Susan B. Anthony and Elizabeth Cady Stanton The Revolution, February 1869

The Civil War slowed progress of the women’s rights movement as focus shifted to the plight of Southern slaves. In 1863, Susan B. Anthony and Elizabeth Cady Stanton founded the Women’s Loyal National League, the first national women’s political organization in the U.S., to campaign for an amendment to the U.S. Constitution abolishing slavery. Three years later, after emancipation, they were instrumental in establishing the American Equal Rights Association, which sought equal rights for all citizens regardless of race or sex, advocating suffrage for African Americans and women concurrently.

The American Equal Rights Association saw an opportunity to advance the woman suffrage agenda when New York State announced it would hold a constitutional convention in 1867. Leaders organized meetings in 30 locations throughout the state and collected 20,000 signatures on petitions demanding that women be given the right to vote and that property requirements that limited black men’s access to the ballot be eliminated.

Early in the convention, it became clear that the chair, Horace Greeley, who had previously been friendly to women’s concerns, intended to focus on increasing African American’s rights and not women’s. To counter this stance, Anthony and Stanton attacked the manhood of the convention's delegates, criticizing them for hiring substitutes to serve for them in the war and introducing a pro-woman suffrage petition signed by Greeley’s wife. The plan backfired and the proposed woman suffrage amendment failed.

When the 15th Amendment to the U.S. Constitution extended voting rights to black men but not women, the equal rights movement splintered and two new women’s rights organizations formed. The National Woman Suffrage Association, supported by Anthony and Stanton, focused on securing a federal amendment granting women voting rights throughout the U.S., while the rival American Woman Suffrage Association took a state-by-state approach.