On November 5, 1872, Susan B. Anthony and 14 other Rochester women cast ballots in the U.S. presidential election. Two weeks later, they were arrested and charged with voting illegally. Anthony was tried and convicted in federal court on June 18, 1873. She was fined $100 for violating state suffrage laws but vowed “never to pay a dollar of your unjust penalty” and never did. The other women were not prosecuted. 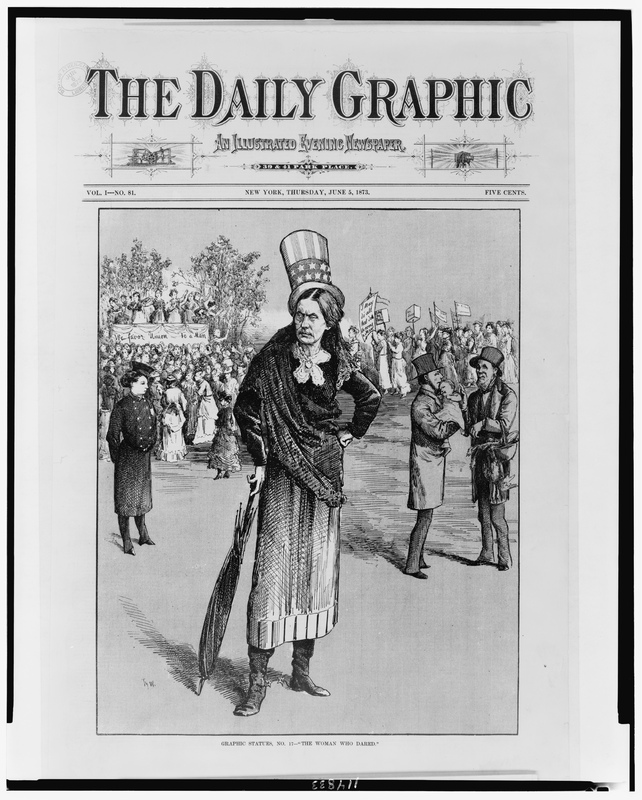 A cartoon of Susan B. Anthony as 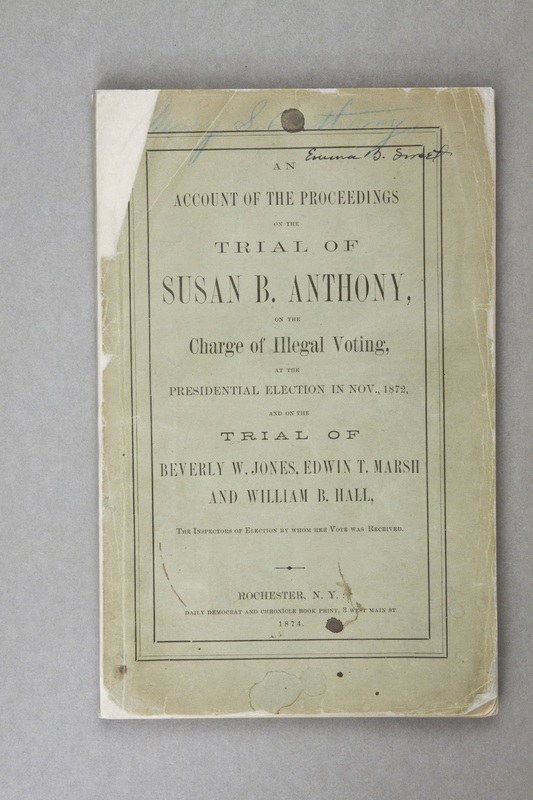 Account of the proceedings of the trial of Susan B. Anthony 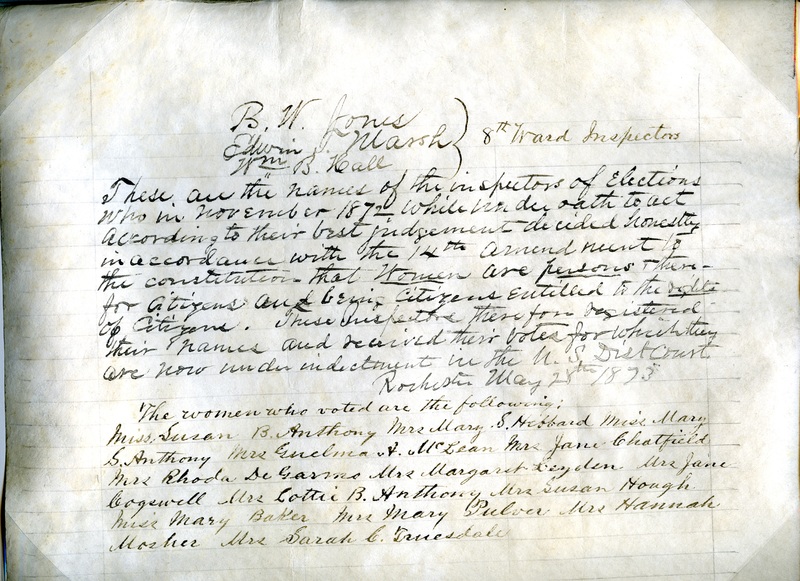 “Well I have been & gone & done it!!–positively voted the Republican ticket–strait this a.m. at 7 Oclock–& swore my vote in at that.” -Susan B. Anthony to Elizabeth Cady Stanton, November 5, 1872

Disappointed by Congress’s failure to recognize women as part of the electorate in post-Civil War constitutional amendments, some suffragists found hope in the language of the 14th Amendment, which held that “all persons born or naturalized in the United States” were citizens, and that states could not pass laws limiting their “privileges or immunities.” The right to vote, they argued, was a privilege of citizenship and women, as citizens, were thus entitled to this right. Conveniently, they overlooked the fact that in describing the electorate, the amendment had inserted the word “male” into the constitution for the first time.

Over the next few years women throughout the U.S. tested this strategy, known as the New Departure. In 1871, Victoria Woodhull presented the argument before the U.S. House of Representatives’ Judiciary Committee. The following year, hundreds of women across the U.S. tried to register and vote in the presidential election. Susan B. Anthony was among those who succeeded in voting, casting her ballot for Ulysses S. Grant and the entire Republican ticket at Rochester’s 8th Ward polling station on West Main Street. Rhoda DeGarmo, a Quaker and neighbor of Susan B. Anthony, was the oldest woman to go to the polls with Anthony in 1872. She died less than a year later around the age of 74.

The New Departure campaign came to a close in 1874 when the U.S. Supreme Court ruled in Minor v. Happersett that although women were indeed citizens, suffrage was not among the rights guaranteed to citizens and therefore women could legally be excluded from the franchise. 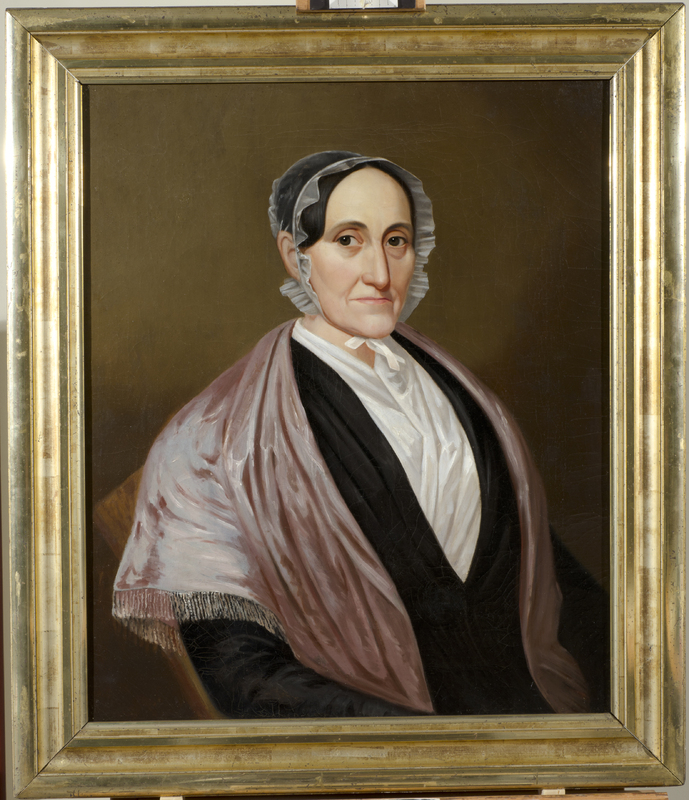 Rhoda DeGarmo, a Quaker and neighbor of Susan B. Anthony, was the oldest woman to go to the polls with Anthony in 1872. She died less than a year later around the age of 74.