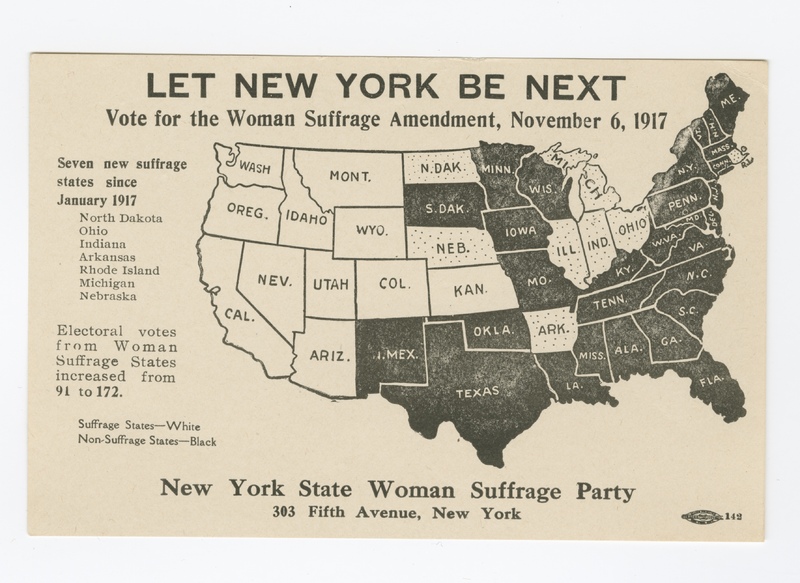 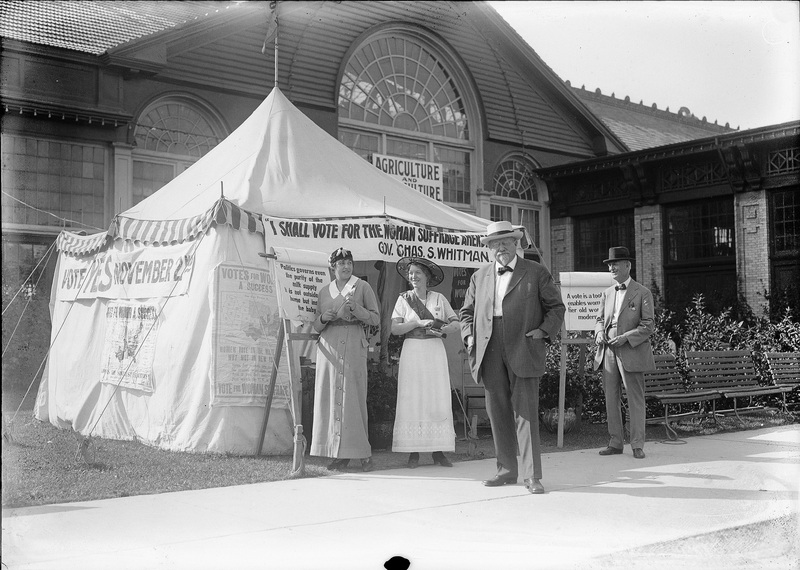 A diplomatic mayor, Hiram Edgerton was photographed at both the pro- and anti-suffrage tents at the 8th Rochester Industrial Expedition in 1915. Here women encourage him to Vote YES. Albert R. Stone Negative Collection. Rochester Museum and Science Center. 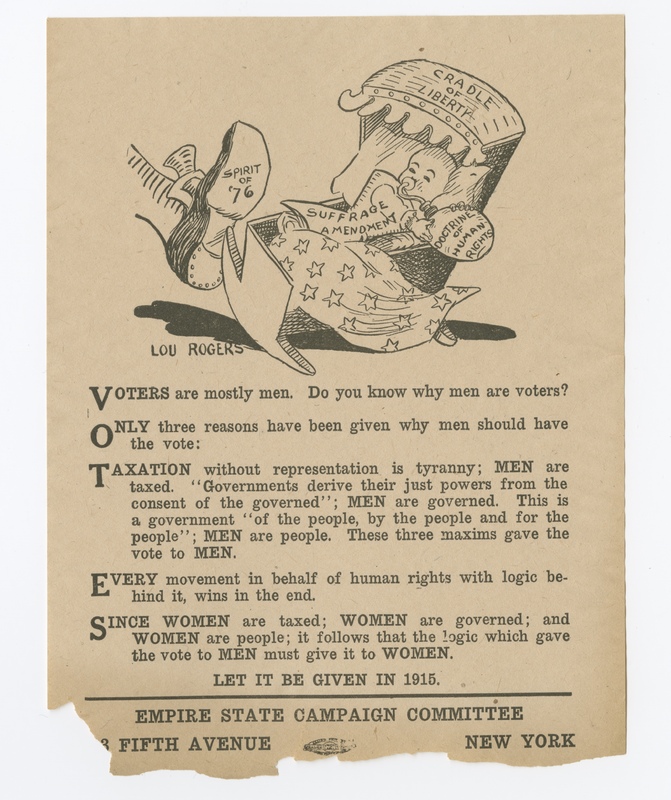 According to the donor, this sash was used in Rochester in 1917.

When Carrie Chapman Catt became president of the National American Woman Suffrage Association in 1915, she adopted a “Winning Plan” to simultaneously pursue campaigns at the state and national levels. In New York State, she convinced rival suffrage organizations to band together in an Empire State Campaign Committee that organized women throughout the state to collect signatures on pro-suffrage petitions, organize marches, and directly lobby their representatives in the Assembly and Senate. Although a state referendum on the issue failed in 1915, it passed two years later. On November 6, 1917, New York State’s women won the right to vote.

Despite the challenges of the Great War and the new demands it placed on women, New York’s suffragists continued their fight for voting rights. In 1915, the state’s various suffrage organizations united as the Empire State Campaign Committee with a common mission: persuading the state’s all-male voters to support an amendment removing the word “male” from the clause of the state’s constitution defining voter qualifications.

Women fanned out across the state to collect one million signatures on pro-suffrage petitions before coming together in the final days before the referendum to march in the largest parade ever held in New York City to that point. More than 25,000 women took to the streets to get their message across. Despite these efforts, the woman suffrage referendum was defeated. Rochesterians voted 18,297 to 13,340 against the measure.

Another referendum on the issue was set for 1917. In January of that year, Alice Paul and her Congressional Union organized a protest outside the White House. With war still raging in Europe, these “silent sentinels of liberty” attacked “Kaiser Wilson” for opposing woman suffrage. Some of the non-violent protesters were beaten by onlookers; others were arrested and jailed on charges such as “obstructing traffic.” The public brutality against women, combined with women’s active role in supporting war efforts, helped to convince some opponents to change their views.

On November 6, 1917, the New York State woman suffrage referendum was approved by 54 percent of voters statewide. The measure lost in Rochester, Monroe County, and much of upstate. Support was stronger in New York City. New York was the first state east of the Mississippi River to grant full suffrage to women, and the victory here was considered a turning point in the push for a federal amendment. 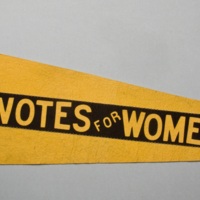 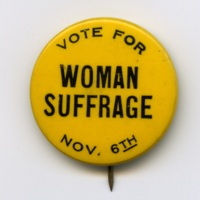 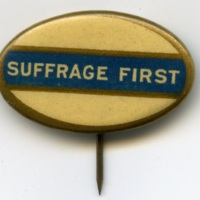 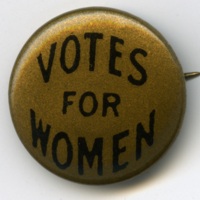