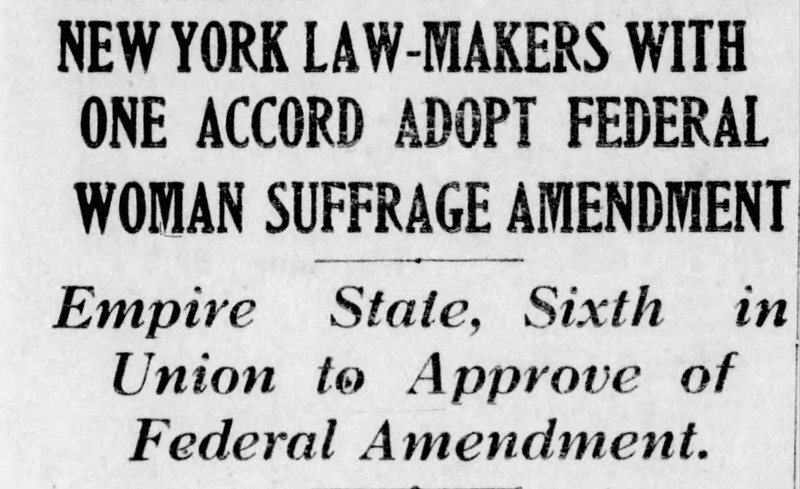 Headline from Democrat & Chronicle, the 19th amendment being passed.

By 1919, women had been granted full suffrage in 15 states, most west of the Mississippi River. Many other states allowed women to vote in local but not national elections. With pressure increasing, Congress approved an amendment giving all U.S. women full voting rights and submitted it to the states for ratification on June 4, 1919. Six days later, the New York State legislature unanimously ratified the proposal during a special session. On August 26, 1920, the 19th Amendment, known as the Susan B. Anthony Amendment, officially became part of the U.S. Constitution after Tennessee became the 36th state to approve it.