"Mrs. President, Ladies and Gentlemen:— I come to this platform with unusual diffidence. Although I have long been identified with the Woman’s Suffrage movement, and have often spoken in its favor, I am somewhat at a loss to know what to say on this really great and uncommon occasion, where so much has been said.
When I look around on this assembly, and see the many able and eloquent women, full of the subject, ready to speak, and who only need the opportunity to impress this audience with their views and thrill them with “thoughts that breathe and words that burn,” I do not feel like taking up more than a very small space of your time and attention, and shall not. I would not, even now, presume to speak, but for the circumstance of my early connection with the cause, and of having been called upon to do so by one whose voice in this Council we all gladly obey. Men have very little business here as speakers, anyhow; and if they come here at all they should take back benches and wrap themselves in silence. For this is an International Council, not of men, but of women, and woman should have all the say in it. This is her day in court. I do not mean to exalt the intellect of woman above man’s; but I have heard many men speak on this subject, some of them the most eloquent to be found anywhere in the country; and I believe no man, however gifted with thought and speech, can voice the wrongs and present the demands of women with the skill and effect, with the power and authority of woman herself.
There are few facts in my humble history to which I look back with more satisfaction than to the fact, recorded in the history of the woman-suffrage movement, that I was sufficiently enlightened at that early day, and when only a few years from slavery, to support your resolution for woman suffrage. I have done very little in this world in which to glory except this one act—and I certainly glory in that. When I ran away from slavery, it was for myself; when I advocated emancipation, it was for my people; but when I stood up for the rights of woman, self was out of the question, and I found a little nobility in the act.
All good causes are mutually helpful. The benefits accruing from this movement for the equal rights of woman are not confined or limited to woman only. They will be shared by every effort to promote the progress and welfare of mankind every where and in all ages. It was an example and a prophecy of what can be accomplished against strongly opposing forces, against time-hallowed abuses, against deeply entrenched error, against worldwide usage, and against the settled judgment of mankind, by a few earnest women, clad only in the panoply of truth, and determined to live and die in what they considered a righteous cause.
…One thing is certain—this new revolution in human thought will never go backward. When a great truth once gets abroad in the world, no power on earth can imprison it, or prescribe its limits, or suppress it. It is bound to go on till it becomes the thought of the world. Such a truth is woman’s right to equal liberty with man. She was born with it. It was hers before she comprehended it. It is inscribed upon all the powers and faculties of her soul, and no custom, law or usage can ever destroy it. Now that it has got fairly fixed in the minds of the few, it is bound to become fixed in the minds of the many, and be supported at last by a great cloud of witnesses, which no man can number and no power can withstand." 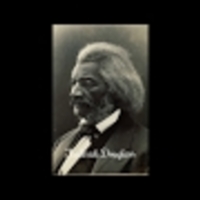